Guardians of the Galaxy has always come off as one of Marvel’s more obscure cinematic ventures and even after the first movie, it still had that vibe but a very positive one. It had just the right amount of fun, drama, heart and a strong plot to make critics and all age groups come to adore our cosmic heroes. However, for this Awesome mix tape, the tune fell of beat and there wasn’t really the right amount of anything. Not even the post – credits.

Look, let’s get something out of the way first. The notion that there aren’t good sequels or more accurately, comic book movies struggle with sequels is blown out of proportion. I mean the list goes on; The Winter Soldier (my personal best MCU movie), Spider-Man 2, X-Men 2, The Dark Knight, heck I enjoyed Thor: The Dark World. But for every Winter Soldier there’s an Iron Man 2, Amazing Spider-Man 2, Age of Ultron and sadly Guardians of the Galaxy Vol. 2. 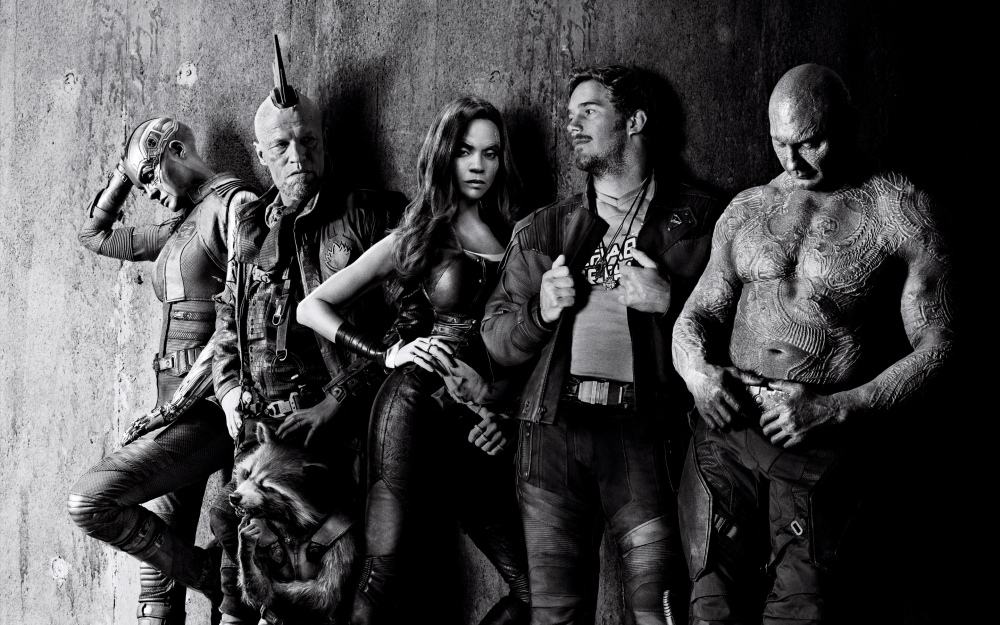 It’s always hard replicating the same success on a very successful movie not least one that nobody gave a chance but James Gunn managed to get it right three years ago. You have to imagine if the same stress that faced Joss Whedon is what made it difficult for Gunn but that would be undercutting his obvious talents and what plagued Whedon wasn’t seen here which may or may not have played a part in the movies let downs.

The film does a good job of introducing Ego the Living planet (Kurt Russell), his visually dazzling planet and his origin. Why he wasn’t present as Peter Quill, his son was growing up, Why he never showed when his wife was dying of brain cancer and what all of these mean for Peter. Russell was great and unless I’m mistaken, bar The Winter Soldier, his character has one of the more fleshed out stories in the MCU for a villain but unlike The Winter Soldier he was ultimately yet another let down for Marvel as a villain. There were times when I watched him and was really invested to know what his motives were but at the end, it was the same premise we’re used to by now.

There was good music in this, not better than Awesome mix vol 1. but good enough regardless. Truth is though, if I wanted to see a 2hr music video I’d just watch Suicide Squad again and no amount of coercion on earth would make that happen. You want to watch a film and be invested in it. I mean music is always welcome but with good timing. In the first movie it was done just right but here it’s just happening over and over again and sometimes way too long almost like the producers are giving you time to shazam it. The timing was just off and oh speaking of timing…

The MCU jokes have gotten really weary. To be honest it had for some time now. I know this was a very integral part to the first Guardian’s success as was the music but come on, really? I had this problem with Ant – Man in Civil War. There are times for jokes and laughs even in unexpected situations but not every time and certainly not repeated and forced jokes that go on and on. Drax, Quill and Rocket were all culprits of this.

As much as they made some of the bad parts of the movie, Rocket, Drax and Yondu (Michael Rooker) were the best parts of it. Yondu most notably was given a much larger part to play here and not just for show, we learn a bit more of his past and how connected he really is in a much bigger scale. Mantis (Pom Klementieff) was a welcome addition to the team. Her “relationship” with Drax was always pure gold. Ahem….

There was another villain, Ayesha (Elizabeth Debicki, The Wolf of Wall Street) leader of the sovereign people (I think) was a good addition to the story….intially though, because after that I’m torn between wanting more of the gold sovereign people or just letting their arc end in this movie. You wonder though, with her connections to Adam Warlock (another guardian/avenger), whether Gunn could have just gone in that direction and make Warlock, Ayesha the antagonists for the film with Warlock joining the Guardians at the end in time for Infinity War given Warlock’s connection to the Infinity gauntlet. Oh well, what do I know?

The plot was good, then it wasn’t, then you just wanted everything to wrap up. Baby Groot is as charming as you’d guess and If Marvel doesn’t meet their target profit on this movie, they’ll certainly do so on the toys of Baby Groot. Gamora and Nebula’s side story and conflict should have ended in the first movie. I just didn’t find it necessary at all. The only use we get from it is a name-drop of Thanos and how much of an arse he is and that’s as much of Thanos as you’re going to experience until the third Avengers movie next year.

The cameos were great, Sylvester Stallone’s in particular was more of an extended appearance if anything. Stan Lee’s own showed that a fan theory could be more than that in the coming years.

Ultimately, Guardians of the Galaxy Vol 2. was a let-down from its predecessor, somethings it got right, some it didn’t. It’s not an average movie at the same time it’s not that bad either but It’s one of those you either like or don’t. The movie was just really chopped up and scattered but ironically, there were parts that could have been chopped. There was way too much focus on Star – Lord and his dad, that even if there were other interesting elements in the film it ended up adding little to the overall plot. Which is about the Quill family. Not the Guardians.

Not all MCU movies are going to be great and this won’t be the last one. It’s the first of three slated MCU movies to appear this year. Thor for instance. For some this would be Chris Hemsworth’s and Thor’s last chance to have a universally accepted movie on record. With a cast that good not to mention The Hulk, there can only be positive vibes.

We won’t be seeing the Guardians in a solo outing until at least after the second Infinity War in 2019. Fans of the Guardians needn’t worry though, with Warlock set to appear in Vol. 3 and the effects of the war with Thanos set to shape future cosmic stories, this would end up being a mishap in an otherwise brilliant franchise.