Expectations. The complete will to win a bet. An increasing satisfaction from the thought of consistent triumph. An expected defeat which is so often a celebrated win.

Back in February 2013, a twitter user @Russ_Steinberg told Trump “If you hate America so much you should run for president and fix things”. Trump’s response? “be careful!”. At the time people saw it as a joke, uninteresting and maybe even a way to seek attention; not like a billionaire needs one. Fast-forward almost four years and Trump is inaugurated as president and channels Bane’s speech along the way.

When the announcement was made in November people were sad, protesting. Why? Because they were sure. Because their expectations trumped (no pun intended) their reason to reality. Because a woman whose husband is running to be the president of the free world should turnitin before turning out to all but disqualify him from winning. Because they never expected 66% of white women to vote for him. Because of all his scandals and controversial comments it was expected that Hilary would win by a landslide even putting aside her own problems. On the night of the election we saw Trump nay-sayers go from positive to optimistic and then to caution. This is where we should be.

A child takes baby steps until he can actually walk. Taking caution is an extremely precious gem that we actually ignore. Now it’s not a bad thing to be optimistic. Far from it. Infact is it not said to be “cautiously optimistic”? Mostly though, people allow being careful to succeed optimism while instead it should precede it.

It’s an easy route to expect the unexpected but what’s our next play when an unexpected event still doesn’t calm the nerves. In that case one must’ve been pessimistic. You can choose to be pessimistic, cautiously optimistic or just cautious.

Last season everyone expected Warriors to beat the Cavs, you know being 3-1 up and all but look what happened. At the beginning of 2016 everyone claimed Cr7 was finished but look at the year he had. Those talks are still out there this year but this time people are being cautious about their words. You see it’s not too late.

Be careful. There’s a thin line, a very thin line between expectations and realism. It can get misleading. With every thing we do it’s important to take care and time to do it properly. Reality is like Chelsea winning the 2012 Champions League or Leicester winning the premier league last season or like a mother failing to outrun a cheetah getting to her lone daughter. It is what it is.

Reality and expectations are two distinct occurrences that come hand in hand. It is for this reason that expectations should be based solely on reality. 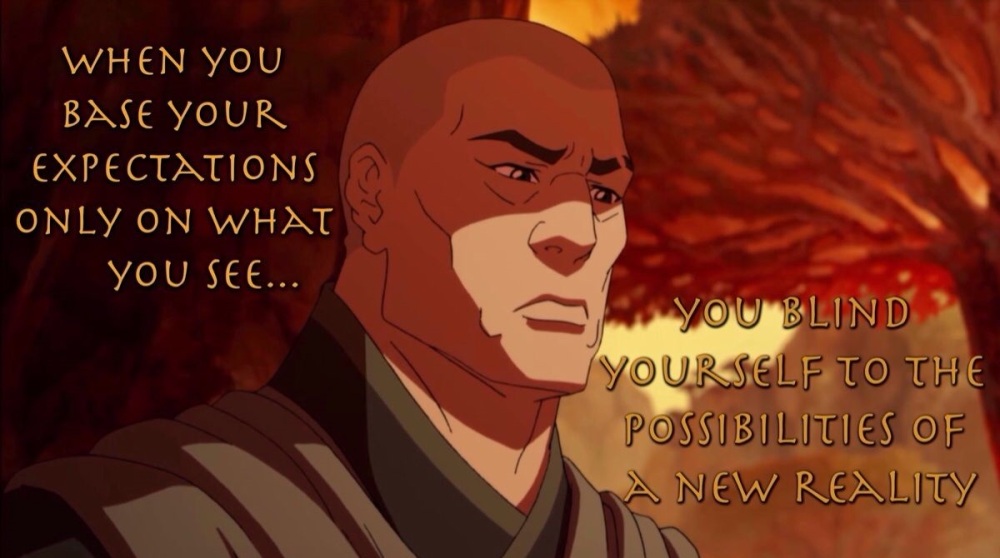